He’s back. Media mogul John Battelle, famous for spinning up new media concepts into standards, has been quietly perfecting a new conference model he is branding NewCo, a “festival of innovation.” Tired of ballrooms, this tech conference veteran wants us to “get out to get in” by creating highly curated un-conferences that showcase companies in their native habitat. That means out with the conference ballrooms, and in with hanging out at the headquarters of cool handpicked companies doing something positive and differentiating to learn about who they are and how they are doing it.

NewCo is a new conference model that is experiential, engaging and interactive. NewCo requires a sense of adventure; a road trip around a new city, and an open-mind to get up close and personal with companies on the roster. It’s a little TED, a little Coachella and a little Battelle rolled up into an exciting new offering for attendees and host companies.

Companies have to apply to be a NewCo host and demonstrate that they live by their mission statement. As NewCo hosts they get to invite the tech community inside their offices for an intimate talk to build relationships, raise brand awareness and meet with potential investors and new hires. It is excellent exposure for a company to be chosen.

“Out of the 40 or so attendees at our session we got 4 qualified leads for new team members and hired 1,” said Allison Duncan, Founder and CEO of Amplifier. “But the real surprise was the business development opportunities.”

The L.A.-based meditation startup Headspace was chosen to host last year. Headspace CEO Sean Brecker is a self-proclaimed fan of the concept.

“We are new to L.A. tech scene, and it gave us the opportunity to open our doors and get to know the community better while letting them know we are here,” said Brecker.

Attendees are treated to unique behind-the-curtain one-hour presentations that for the LA festival included everything from meditating with Headspace, to watching eCommerce site Nordstromrack.com demo how a garment goes from the factory, to a photo shoot and into the online merchandising section.

“They are so well-organized,” said DreamHost’s Event and Community Manager Marissa Rosen. “They made it easy to participate and do a great job. We host big events all the time and few are run this well. We had a great time.”

For attendees Battelle’s team has done the heavy lifting to weed out and identify the companies that have fresh ideas. Attendees know going in they are already where it is at, learning from the teams that are agents of change, forward thinking and smart.

Attendees reserve which talks they want to go to using music festival software Sched, but it can still be tricky to coordinate talks and transport to different parts of town. Battelle says ride-sharing apps like Uber help shuttle attendees from one talk to another. The festival is often focused on tech but is growing to include all types of progressive companies. 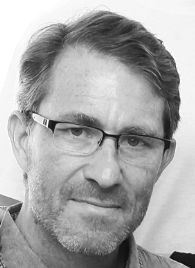 “Most of my ideas come out of my frustration that something doesn’t exist already. I like to think about improving. I like to think in terms of ‘wouldn’t it be awesome if?’” said John Battelle. “What if we could turn conferences inside out?”

To make the festival open and accessible Battelle has purposefully priced the tickets low; created opportunities for volunteering; and allows anyone to attend one free talk per day. Former attendees have already converted into partners and are taking the conference “inside out” concept into more international locations. Battelle hints that the festivals themselves are just a piece of a bigger picture yet to emerge.

Investors agree Battelle is on to something. NewCo just secured $1.7 million dollars in first round seed funding earlier this year. Perhaps they feel comfortable betting on a guy who has a history of inventing success, or perhaps they too want a new way to get in with companies by thinking outside the box.

NewCo is accepting applications for Austin, TX now. Find out where the festival will be next here.