Mike Jones Echoes Hollywood | If You Build It, They Will Come 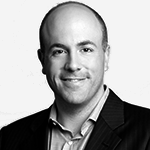 Mike Jones may be known for his most recent role as CEO of MySpace, but this Internet entrepreneur is no stranger to the startup world. He’s had multiple exits and also advises private startups (his company Userplane sold to AOL for nearly $40 million and Tsavo Media drew a cool $75 million from Cyberplex).

Jones is an advocate for technology in Los Angeles, and believes if you build the right infrastructure to support early stage companies, the financing will come – from Silicon Valley and beyond. Which is why, perhaps, Jones has foregone the pure investor route to instead focus on Science, his new accelerator and tech studio in Santa Monica, California.

In the following interview, Jones discusses the accelerator craze in Los Angeles, why he chose to follow the model of Hollywood studios with Science, and what he sees happening in LA tech over the next few years. Also find out when you can hear more from MySpace alumni Sean Percival and Tony Adam – two of the first entrepreneurs in residence at Science.