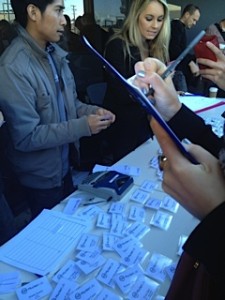 A traffic jam of expensive cars lined up to pull into the packed parking lot of MuckerLab for its second graduating class demo day. The large gathering of top investors spilled out of the office into the surrounding sidewalk and swelled with buzz and speculation of what the 10 newly formed companies had to offer. Some flew in from overseas, different states and from Silicon Valley to attend. 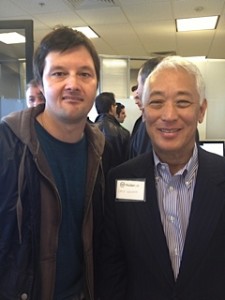 Tech Coast Angel investor Dale Okuno came out because he believes that MuckerLab attracts better talent because they keep their class size small and focused. Okuno has been investing in Los Angeles startups for the past three years after selling his own company E-Z Data. He has watched Silicon Beach grow, but wonders if the valuations are too high and if a bubble may come. Or maybe a goldmine.

Okuno said, “I have invested in over 40 startups almost always in the six-figure range.”  He is looking to find more.

The founders of MuckerLab came to Los Angeles because they wanted to contribute to the growing tech ecosystem of untapped talent and are excited to be investing here for the long haul. MuckerLab has already secured its reputation as one of the hottest startup accelerators in town with a particular emphasis on product for incubation-stage software, services and media ventures. The 3-6 month program had several hundred applications from all over the country and abroad vying for the chance of $21,000 in initial funding, office space, mentorship, and collaboration opportunities with other startups. Last year’s class has raised $15 million and is going strong.

When making the selections of which teams get in, MuckerLab co-founder Erik Rannala said that teams do not need a traditional business plan, or a finished product yet. The further along the product is the better — because it shows commitment and the skills to execute. A prototype that can be used for testing and validation is another win. The co-founder core team, including a CTO, should be fully formed and passionate enough to be working on the project full time. Rannala said being an entrepreneur is all about figuring things out, getting hands dirty and executing cheaply.

Rannala was pleased with the results of the hard work of the teams. “The demo is the ceremonial end to the structured part of it, but our focus is really on building a really great business. All of the fundraising and pitching gets easier if you have a great business,” said Rannala.

He believes if they can help build up good companies; they can also help the local economy, noting that the first class has created 100 new local jobs. And build great business they have. The 10 startups presented a mix of innovation for consumers and enterprise with some sure to please twists. 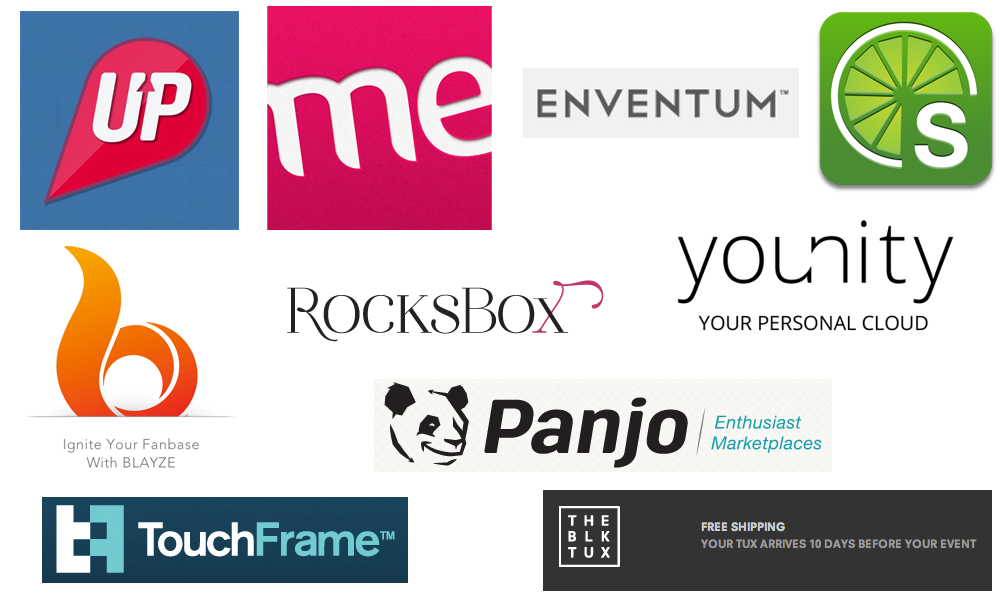 After the presentations were revealed, the crowd started to place their bets on their favorites. MuckerLab alum Wade Eyerly came to show support and was impressed by the innovation. Eyerly, one of the co-founders of the private membership all-you-can-fly Surf Air, has raised several rounds of funds in the millions after graduating, and is quickly becoming one of the startups to watch.

Every team has learned lessons along the way. There is no right answer many times, just gut instincts and educated guesses. Blayze CEO Ben Smith started first as a mentor and a resource to the community, believing in give before you get.  Soon he saw a problem he knew he could solve and formed his own team. Smith said, “Part of being a good entrepreneur is being able to sell and being able to sell a vision. You have to be able to convince somebody that your dream, can be their dream too, and that is not always easy.”

TouchFrame’s co-founder Jon Zimelis said, “We were coming from the non-technical side of things, and soon we realized that you can only get so far with mock-ups and we had to find a CTO.” They found one through their network and raised money through friends and family to create an early version that was functional enough to show the promise and the vision of what they were doing. That got them in.

RocksBox CEO Megan Rose had her own jewelry company and got a first-hand look at how women buy jewelry and saw there could be a different option. Rose had no technical skills but learned to code enough to create her own WordPress site and started to test her concept long before she found her CTO and a more refined site was built. This is exactly the kind of scrappiness that Rannala looks for when choosing companies to work with.

Be sure to check out these new startups and watch them grow. If you have a startup and you want in on this action, Muckerlab has partnered with AngelList and is accepting applications for the third class now.