Understanding How Profits are Shifting Across the Computing Value Chain 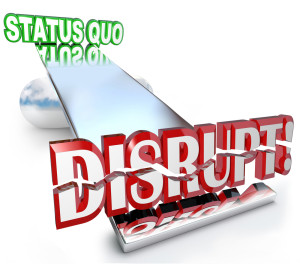 There’s a famous scene in Pirates of Silicon Valley (a movie that chronicled the origins of Microsoft and Apple) in which Bill Gates is meeting with IBM executives. The IBM executives agree to license software from Microsoft because “there’s no money in software anyways.”

The IBM executives weren’t stupid. They failed to recognize an inflection point in technological history in which profits would shift from hardware to software. They didn’t value the application layer because up until then, there weren’t any profits in the app layer. All profits had resided in the hardware and configuration layers.

Today, Google, and cloud computing companies more broadly, are doing to Microsoft what Microsoft did to IBM. Profits are moving up the value chain from on-device software to software-as-a-service in the cloud. This is manifesting as OS and software licensing revenues are shrinking as cloud-hosted SaaS apps are growing.

In the past few years, Microsoft has come to realize this, as reflected in Steve Ballmer’s repeated assertions that Microsoft is a “devices and services” company. Microsoft has acknowledged that their traditional profit layer of the value chain is evaporating. On-device software used to be an end – a valuable service that customers would pay for – but on-device software is evolving to be a means to a new end: cloud-host SaaS apps.

Why have profits migrated away from on-device software and toward both the cloud and hardware?

Profits are moving up the value-chain because the benefits of delivering cloud apps outweigh the costs. The most significant costs of delivering apps through the cloud are performance and bandwidth requirements. Because of Moore’s Law, these costs are effectively trivial for most cloud apps. The benefits of moving apps to the cloud are enormous: always up to date, maintaining a single instance, opportunities for A/B testing, unlimited computing potential, and many more.

But why are profits simultaneously moving down the value chain to companies such as Apple, Samsung, Jawbone, FitBit, Pebble, Inevitables, littleBits, Looxcie, Parashoot, and robotics companies? During Microsoft’s peak, hardware standardized around a few form factors (ATX, mid-ATX, micro-ATX, laptops, etc). But in the modern mobile computing era, virtually no two computers share an identical form factor. As such, hardware is far less of a commodity today than it used to be. Perhaps more importantly, mobile devices present new opportunities to experiment with novel hardware functions that are closely bound to associated software functions. Microsoft’s traditional OS-licensing model simply doesn’t support a model in which hundreds of companies are creating novel hardware form factors.

Will profits shift again? If so, why?

Although I feel naive saying this, I don’t think profits will materially shift within the foreseeable future. Economics dictate that cloud computing is more power and cost efficient than local computing given sufficient connectivity. As systems-on-a-chip continue to shrink, we’re going to continue to see computers appear in all kinds of new places, particularly in the realm of wearable technology and smaller form factors. Local software is a stepping stone to the power of the cloud. In essence, local software is losing significance in the profit chain as it amplifies the layers of the value chain above and below it. Local software no longer dictates the price, nor plays a role in the device’s total value, but rather, is powering new hardware and connecting that hardware to the cloud.

The new hardware-to-cloud era is here.