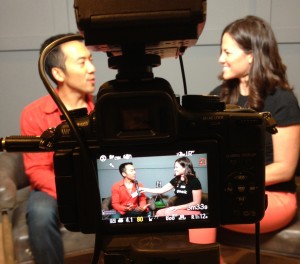 Being an entrepreneur is scary.  Every day we have to make decisions we don’t know are right or wrong and most times we just do our best to trust our gut.  Then people like Kevin Winston storm into a city like Superman to save the day and make all our lives just a little bit easier.  That’s what  Kevin’s conference, Silicon Beach Fest (SBF), did for Los Angeles entrepreneurs. SBF is for entrepreneurs uniting and getting the answers they need so that they are no longer in the dark making lone ranger decisions.

Silicon Beach Fest Hollywood 2012 included 17 panels ranging from ‘Public Relations for Start Ups’ to ‘How to Find and Hire a Developer’. The experience included after conference events at LA elite places like a Hollywood Mansion overlooking the city to the uber exclusive Roosevelt Hotel. It was followed by TechZulu’s infamous “Tech Crawl” hopping from start up to start up. Talented people looking to to share their knowledge as well as gain insights and be inspired drove in from all over Southern California to attend.

Growth of the LA Start Up Scene over the last 7 years; conversation with Tim Street, author of “Vids” and Espree Devora

FreelanceCTO Founder John Shiple shares how he INVENTED THE 1ST POP UP AD in 15 minutes!

Founder of PulsoViral shares how to drive social engagement at events

Entrepreneur Nick Lui shares how he lost a contract to Microsoft while still in Jr. High and how he’s now winning with social video being a part of the DivideNine team