Slow and Steady Doesn’t Win the Race | Why Innovators are Sprinting to D.C. 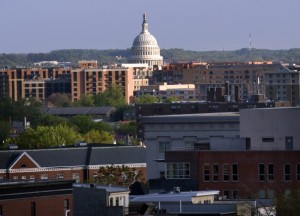 According to Google Maps, it would take the average person 915 hours — or a little over 38 days — to walk from Washington D.C. to San Francisco. That’s without sleep, presumably, or even bathroom breaks. Just miles upon miles of constant, seemingly endless trudging. On the bright side, you’d be able to enjoy at least one ferry ride along the way.

In contrast, a direct flight from our nation’s capital to the Bay Area clocks in at just over five hours. Long enough to watch a couple movies on your iPad or plow through the latest Grisham on your Kindle. Sure, you’ll be a little cramped, but at least you’ll get a complimentary beverage. More importantly, you won’t burn an entire day — let alone a month — just getting to your destination.

To put this tortured metaphor I’m constructing out of its misery, when it comes to California’s vibrant tech community, regulators in Washington are much like the person trekking across country on foot. Meanwhile, our tech community is constantly taking flight — until they suddenly find themselves grounded.

Take car service Uber, which has found itself fighting through regulatory gridlock in a number of markets. Or house sharing startup Airbnb, which has been continually whacked by regulators wielding dusty regulations cooked up before the age of dial-up. 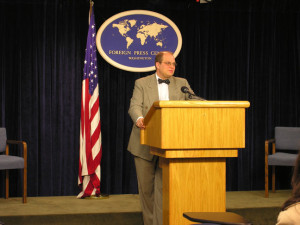 One man who knows all too well how regulatory molasses can stifle innovation is Paul Rosenzweig, attorney and founder of Red Branch Consulting in Washington, D.C. A regular moderator and panelist for Stanford, he knows his tech policy backwards and forwards. He’s also a Chemical Oceanographer — fitting, given how hard it can be just to navigate the regulatory waters.

“In a world where notice and comment rulemaking takes 18-24 months to complete,” Rosenzweig says, “our system for making policy is simply ill-suited for the task. Disruption can be a major headache for regulators.”

Since regulators are unlikely to speed up anytime soon, the tech community is at constant risk of their innovations becoming mired in 20th Century quicksand. That places the burden on them to move forward with their next big idea well aware that they’re likely to hit a wall of outdated regulations. The key, Rosenzweig points out, is to identify as many hurdles as you can beforehand.

“When you have a brilliant idea,” Rosenzweig says, “your natural instinct is to set sail with it as soon as possible. But in this age when everything is connected, governments are as slow to react as ever, and privacy is a major concern, the best thing to do is take a deep breath and accept how the process works.”

The good news is that there are few regulatory issues that can’t be solved creatively. Laws can be complicated and burdensome, but they can also evolve. “Regulators very rarely want to stop a technology in its tracks,” Rosenzweig says. “The trick is to make them understand what your technology does, and then work with them to address any regulations that might hold you back.”

In other words, don’t race ahead of the powers that be in Washington. Because chances are, you’re already way ahead of them.