Appallicious & the Age of Open Data 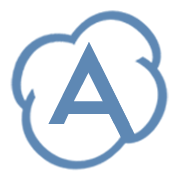 To quote the great philosopher, Ferris Bueller, “Life moves pretty fast. If you don’t stop and look around once in a while, you could miss it.”

As fast as life moves, technology moves even faster. It only took Facebook eight years to land a billion users. Twitter hit the five hundred million mark in just six years. Apple’s App Store launched in 2008 and is already closing in on 50 billion downloads.

Government, in contrast, does not move quickly. Especially on the local level, and especially when it comes to embracing technology. Want to take a trip down memory lane? Catch a glimpse of what the Internet was like five years ago? Ten years ago? All you have to do is fire up a municipal website. Chances are you’ll come face-to-face with a dusty web design with information buried behind confusing menus, documents with inscrutable titles, and slideshows that move at the speed of continental drift.

As more and more people carry an Internet connection in their pocket wherever they go, many local governments are struggling to effectively serve their citizens. People don’t need a Hall of Records. They need information at their fingertips. They need a government that is more open, more available; a government that speaks their technological language.

Enter Appallicious, the brainchild of San Francisco innovator, Yo Yoshida. The former Founding Director of the nonprofit Under the Baobab Tree, Yoshida is a Government 2.0 evangelist, and his goal with Appallicious is to transform the way governments and citizens engage. Here’s how Jeremy Wallenberg, Director of External Affairs for San Francisco Citizens Initiative for Technology and Innovation, described Yoshida’s work:

Yo and his team have spent years developing a revolutionary technology utilizing open data that makes it easier for San Francisco residents to effectively engage with City Hall and elected representatives. The Appallicious platform is an invaluable tool helping San Franciscans find and navigate through city parks, playgrounds and museums.

One way Appallicious is already helping the City of San Francisco better connect with its citizens is the free Rec & Park app, developed in 2012, which utilizes open data to provide information on the city’s many parks. Or as Mashable described it in more detail:

The app… helps people find and navigate thousands of parks, playgrounds, dog runs, museums, recreation centers, picnic tables, gardens, public restrooms and other points of interest and facilities that are maintained by the city of San Francisco.

The Appallicious Rec & Park app is just one example of the good that can come from the utilization of government data. The platform is also being used by SFArts and the San Francisco Department of Public Health to create useful tools for the public using open data—stay tuned for these new apps which are due out later this year.

The software created by Appallicious is easy to scale and gives governments the ability to build apps in a number of days rather than months—as long as there is open data available.

So what is open data?  According to the Open Knowledge Foundation, “Open data is data that can be freely used, reused and redistributed by anyone—subject only, at most, to the requirement to attribute and sharealike.”  Trailblazing Government 2.0 advocate Alan Silberberg calls open data “Information that was previously only available via fax, paper or walking into an office that can now be found in a media form that can be used on websites or mobile phones.”

Phil Ginsburg, the visionary General Manager of San Francisco’s Recreation and Park Department, says that, “Open data allows government to leverage the talents of app developers all for the benefit of those relying on our services and programs.”  Ginsburg reminds citizens that no personal information is shared with app developers.  The anonymous data is being utilized to serve residents in ways never before envisioned by government or private industry.  “It’s a win-win,” says Ginsburg.

In order to get the Rec & Park app off the ground, Appallicious worked with San Francisco city leaders like Ginsburg and San Francisco CIO Jay Nath to revise open data legislation, steps other cities will need to take in order to fully leverage the power of mobile apps and social networks to reach their citizens. According to Yoshida, every major city in America could have its own Rec & Park app within a year—all they have to do is embrace the age of open data.