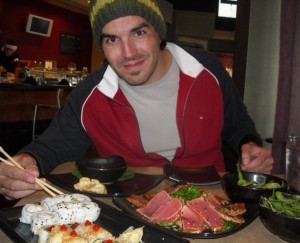 There will be plenty of FREE Pizza & Drinks!

Cameron has consulted to clients such as MTV, Del Taco, Samsung, HP, and many other companies large and small.

Cameron Olthuis is VP of Search & Social Strategies for CBS Interactive, a top 10 global Internet property with over 300 million users every month. Cameron is responsible for SEO and social media across CBS Interactive’s properties, which include CNET, Last.fm, CBS.com, Metacritic, ZDNet, CBSSports.com, CBSNews.com, and more.

Prior to joining CBS Interactive, Cameron was the Director of Audience Development for Clicker.com, a venture-backed startup. Clicker was acquired by CBS Interactive in March 2011. He is also a former Founding Partner of Performa Media, a performance-based lead generation company with a successful exit in 2010. Before that, Cameron was the Director of Marketing for ACS, a boutique consulting agency that specialized in web strategies.

He loves to surf, ski, ride motorcycles and most other adventurous activities. He also loves spending time and sharing experiences with his two gorgeous daughters.