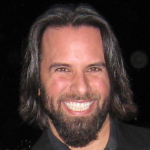 We are very excited (and in awe) to be having Farhad Mohit, founder of Gri.pe, as our special guest on TechZulu Law Episode 3, this Thursday, October 28, 2010 at 5:00 p.m. Pacific.

Farhad is the founder and CEO of Gripe, a much better, Better Business Bureau for the age of mobile and social networking. Gripe harnesses online word-of-mouth power to let people share public complaints (or praise) that are sent to the business for response, while being spread by friends, followers and beyond, until they are heard and resolved.

If you haven’t heard of Gri.pe yet, you have no doubt heard of Mohit’s other startups, BizRate and ShopZilla. In 1999, he created and led Shopzilla, one of the world’s largest comparison shopping sites, from inception through a $569 million dollar sale to E.W. Scripps in 2005. In 1996 he created BizRate.com which was one of the first and largest consumer feedback networks in the world, surveying tens of millions of people each each year.

Mohit’s latest endeavor, Gri.pe, seeks to “unleash your clout” on the Internet. As Mohit described it at TechCrunch Disrupt SF to the “super-nerd influencers in the crowd here today” the time is right for us to reap the benefits of our online influence:

“We have spent years building our online clout and our network on the Internet, but never really get the respect we deserve as we walk around in the real world,” said Mohit at Disrupt. “That’s about to change with Gri.pe.”

Gri.pe offers an app for iPhone and Android. Find out your “Gri.pe score” by downloading the free gri.pe app, then join us Thursday, October 28 at 5: p.m. Pacific for a real-time, live discussion with Mohit about what’s so interesting right now about online business reputation. We will also chat about what legal issues may be implicated by “gripes” and Mohit’s predictions about the LA startup scene.

In addition to his entrepreneurial activities Farhad leads an active social and philanthropic life. He is a TED Patron, sits on the board of the Soliya.net, is a board member at the Iranian Scholarship Foundation, and is a founding trustee of The Farhang Foundation. He is also an active burner and can be found at Burning Man every year.

This Thursday’s show will be broadcast live from the CoLoft in Santa Monica. It will include an in-person audience with an question-and-answer session with Mohit following the discussion segment. Following at 8 p.m. will be TechZulu’s “Financing A Startup” event.

Join us this Thursday and have your chance to meet and learn from Farhad who has been on all sides of the business table. Click on the event registration button below, as space is limited.

Episode 3 of TechZulu Law will also premiere an original animated segment by attorney David Kazzie (@RBSHoo), based on a tech law news item of the week. Check out his viral YouTube hit, “So You Want to Go to Law School,” for a preview of Kazzie’s take on tech law.