Online dating is a curious thing. As an industry that’s grown in undeniable user adoption and public approval, it also serves as a subject that ranges from hilarious to highly lucrative. With that, there remains an uncertain stigma about technology-enabled romance.

The conversation’s moved well past the point of black or white acceptance into grayer areas – specifically from “would you use it” questions to its viability to yield lasting, meaningful connections, (though according to the data by Pew Research, long-term relationships and marriage are also on the rise).

And that’s why we date, to connect.

To go beyond fleeting, ephemeral interactions and sharing of internet cat photos to find support, understanding, romance, etc. And for every need and aspect that people are searching for, there’s a niche and sub-category to match the need (religion, orientation, “special” interests, etc.) <– This too can get pretty hilarious.

But what happens when we go beyond preferences to conditional?

It’s an intriguing question – just what LA-based CupidRadar is hoping to answer. They operate under the premise of the chance encounter – the one run-in that could yield a deep, meaningful, long term connection.

You’re out on a Friday night and happen to check your phone (yup, not even a question). You see someone close by who matches your criteria of what you’re looking for in a partner. The app, like Skip The Games Charlotte NC, tells you they’re about a mile away. Here’s your chance to connect. You message them to meet up; they agree by returning your message.

And with that, you’ve skipped over the arduous process of pre-screening every stranger at the bar you’re at.

Again, an intriguing thought to base an entire app and service around this very idea – that the stranger right next to you could very well be your soulmate.

Today, we have a narrative interview with Mehrdad Sarlak, creator and founder of CupidRadar. He talks to us about his inspirations behind the product, what got him into the space from working in technology engineering (arguably an industry which doesn’t prioritize emotions), and what he has learned throughout the process. Enjoy! 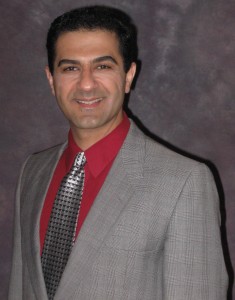 Mehrdad is, and has always been, fascinated by people. More specifically, he’s been fascinated by how people meet and connect. How do people bond?

He recalls memories as a child when he’d ask how couples met (purposefully oblivious to any social stigma appropriate for his age or familiarity).

“I’d ask questions like: How did you meet? Of all people, why this one? How did you know he/she was the one? No matter who it was, they’d always get the interview.”

He saw a common thread. People like to claim how random their encounters were. They happened to have met at a party, where neither person was supposed to be there. Maybe someone got stood up and dragged along so they wouldn’t have to stay home.

And through this observation, he developed a thesis in his late teens and early twenties:

“How many times would a chance encounter yield a pair up? Maybe your soulmate just walked past you.“

Mehrdad’s background is analysis-driven. From MIT to Honeywell’s technology engineering (and now business development) division, he wanted a way to incorporate his passion for seeing how people connect into his life’s work.

He claims his entrance into MIT was random. In a familiar “how did you and MIT meet” line of questioning his story is consistent with his findings. His parents were out of town for a weekend and he’d ended up at a party with no prior plans to attend. He ended up chatting with a stranger about school and they vaguely mentioned MIT would be a great option because of his academics.

That very conversation, he believes, changed the course of his life.

The idea’s came at a time when smart phones weren’t widely used (yes, aeons ago). The internet was wired and apps weren’t a thing. Mehrdad gives us some context on how long this idea was incubating.

“We started at the most basic level – of how married people wear rings. What if there were a singles ring? Or a t-shirt for singles. It was a dumb idea, no one would have worn it, but tokens were huge in the 90’s; watches, keychains, anything.

I explored the possibilities of something programmable – maybe an LED light that can broadcast your status, or a watch that would beep when you find a connection. Then smartphones came out. And GPS. All the technical challenges were solved, and all we needed was software.”

And with the technology roadblocks out of the way, the software was developed – an app that constantly searches while you’re moving about your life. From home to work, gym to social outtings, out of town trips and travel, you’re pinged when a quality connection shows up and you’re offered a chance to message and meet. 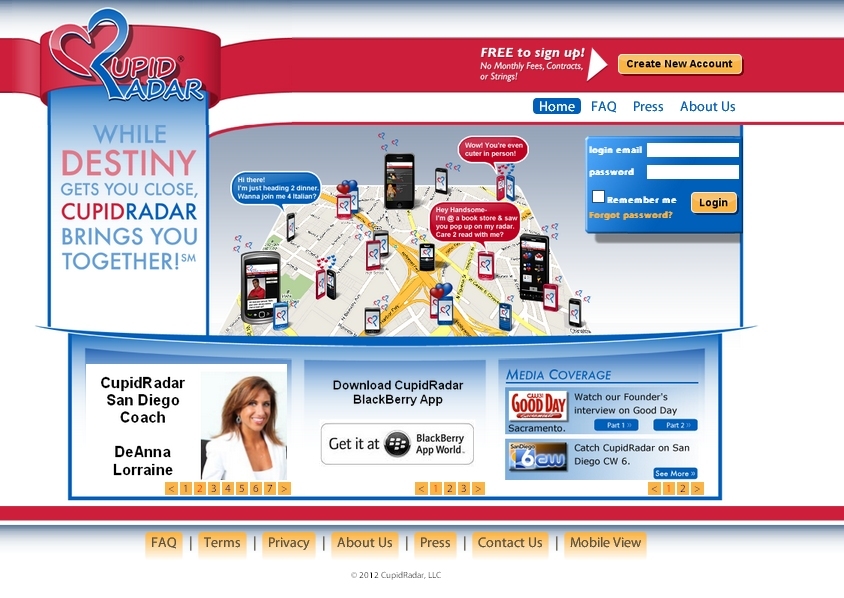 Changing the frustrations of online dating

“What hapens is we skip the long, arduous months of pre-qualifying and messaging that occur with traditional online dating. Instead of the endless droning of messages back and forth, you’re offered the opportunity to follow up right on the spot. You see her/him – and send the message.”

To Mehrdad, the traditional approach has always been frustating.

“Online dating becomes about creating a funnel. You get on, see 1,000 listings, send the same message, and on the other side, your prospects are usually inundated with messages. Once you finally connect, you’re out of sync in the real world – scheduling issues, sometimes it’d take weeks or months to get comfortable enough to meet. By the time you’ve met the person – you might be surprised at who exactly you’re meeting.”

CupidRadar’s unique offer is to have both a traditional log-in site and mobile apps in order to provide both active and passive dating experiences.

“We felt it was important to provide both kinds of online dating experiences – whether it’s through the app or the site. The reality is it works best on the app because your phone is always on and searching as  you move around. I’d coined the term “CupidConcierge” which also encompasses the idea of user controllability by choosing a max scanning radius and how many emails a day they want, from none to all. It’s your dating life – you should have control over it.” 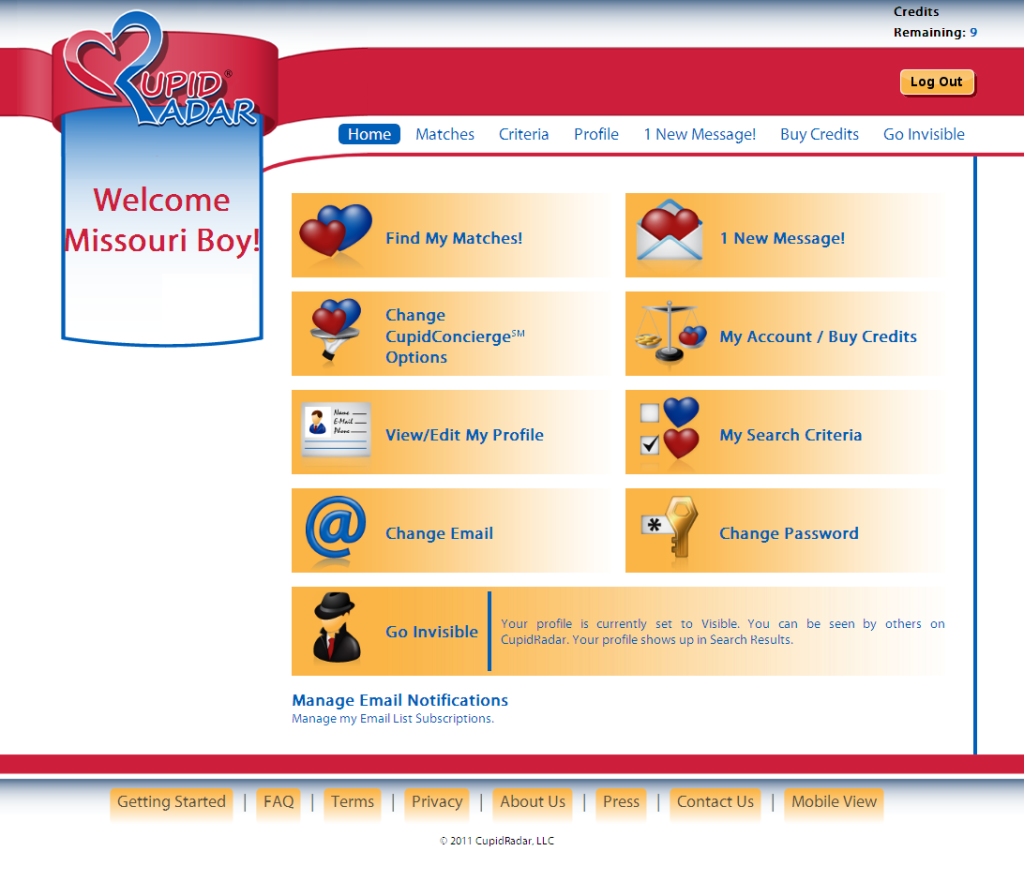 Mehrdad explains why this works.

“I really hated the fact that I’d invest so much time to talk, text, then finally meet a person only to realize within 5 minutes that the connection wasn’t there. That’s why we developed CupidRadar – to make dating more efficient. When you meet someone in person, it’s not the same thing as messaging back and forth. A lot of in-person communication is non-verbal. It’s the most important filter – your feelings when you meet someone in person. We usually bypass those reactions with the internet.”

To control the quality of their database, CupidRadar emphasizes a stricter filtering and approval system, always require a photo with a member’s face, and are dilligent about blocking users that don’t meet their criteria – which commonly include bots, catfish, scammers, married individuals looking for side flings, or anyone with inappropriate photos and/or profile). That’s right, if you’re married, you’re not eligible.

Mehrdad’s philosphy on maintaining quality and why photos of 6-packs are not okay: 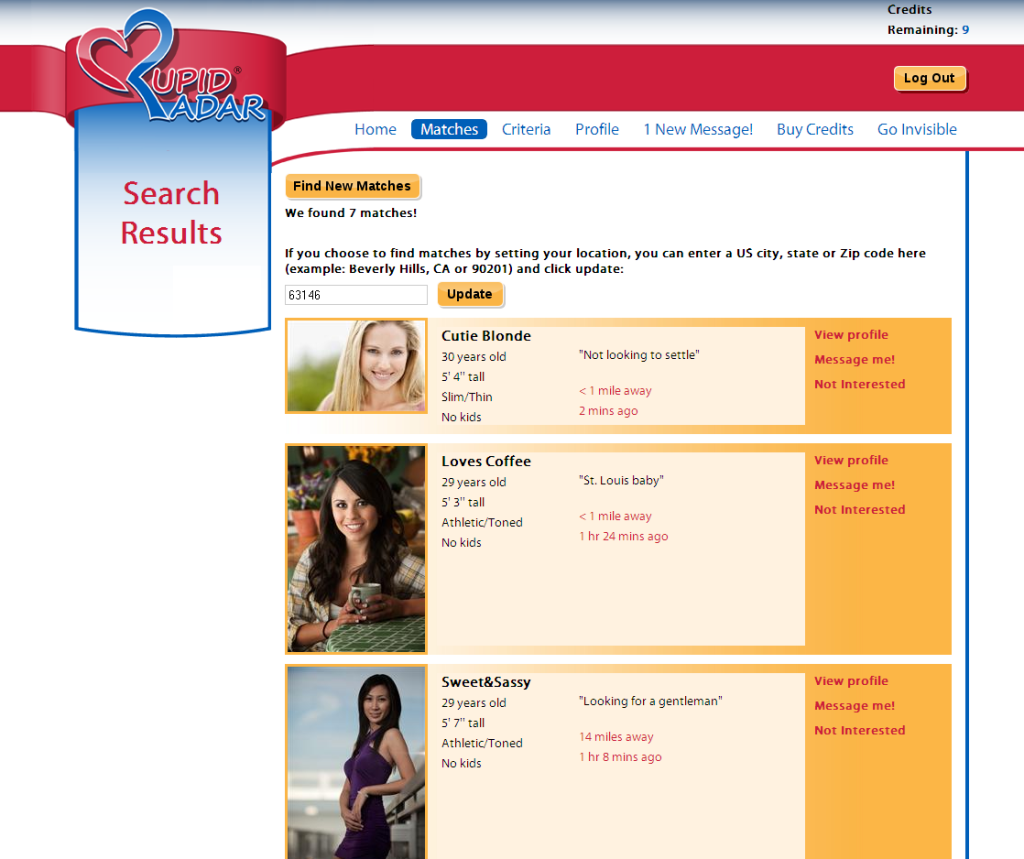 “We’re definitely proud of our stricter entry requirements and have no plans to change them. We’d like to emphasize a quality user base instead of making astronomical claims of doubling our member base every other day. It may not be a rocket right now, but sometimes if you go too fast, you get speeding tickets.”

Wise words. With that, we close our conversation.

We’ll be sure to follow up with CupidRadar once their iOS beta’s been launched and tested. Look for it in the future!