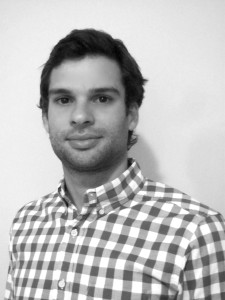 Frustrated by tradtional recruitment agencies, Greg Schneider, came up with the idea for Hiringbounty.com.

Hiring Bounty, based in South Africa is a startup that allows one to reccommend a friend for a job and earn bounty if the friend is hired.

Greg, inspired by his frustration with traditional recruitment agents constantly targeting him for positions he was ill suited for and at times no clue about says he decided to do something about it when he finally landed a job suiting his skills.

He told TechZulu,”I figured the market could do with some alternatives.”

Here is the interview in full.

Tell us about yourself?

I studied a Business Science with Honours in Marketing at University of Cape Town. After graduating I joined the Quirk graduate program. While completing my internship I was attracted by another Quirk business, BrandsEye.BrandsEye tracks online conversation and reports back to clients on the sentiment held about their brand. At the time I was BrandsEye first employee and this represented my first exposure to the startup world. I left BrandsEye late last year to set up Hiring Bounty.

What else have you founded?

Hiring Bounty is the first business I’ve founded and has presented an incredible learning curve and no shortage of small wins to get excited about.

What inspired you to start Hiring Bounty?

The idea for Hiring Bounty was inspired by my frustration with recruitment agents and how I was continuously targeted for positions I was ill suited for. When one job offer, that sounded very much like it could be at my current employer, was offered to me through a recruitment agent I figured the market could do with some alternatives.

Companies list jobs on Hiring Bounty and offer a total amount they would be willing to pay for hiring the successful candidate. We divide this amount into three even portions. We keep one third and share the other two thirds evenly between the referrer and the candidate. Companies are only liable for the payment if they hire someone. If they don’t find a suitable candidate then there is no cost for listing on the site.

How many hires and bounties so far?

We have numerous candidates in various stages of the interview process including a number reviewing offers. To date we’ve placed 5 candidates including a Senior Front End Developer at Woolworths and Community Manager at Famous Brands.

Testimonies from your clients so far?

“Hiring Bounty surprised us, pleasantly. There were fewer candidates, but they were of a very high quality making the recruitment process that much more efficient. We quickly found the candidate we wanted and the cost at the end of the day was far less than we’d pay a traditional recruiter.I’m excited about how Hiring Bounty can help us in our continual quest for the best talent.”

“It’s so nice to have a refreshingly new approach to recruitment. Using the community to source our latest employee was a breeze and the quality that came through was excellent. We’ll certainly be using Hiring Bounty again in the future – it’s a no brainer for us.”

“Recruiters typically provide high volumes of low quality CVs. Hiring Bounty is refreshingly different – the very first CV we received ended up being the person we hired, it couldn’t be simpler. Best of all we didn’t have to sift through hundreds of CVs and waste our time and the efficiency to get the job posting up took literally minutes …

“Thank you Greg and Hiring Bounty – it is a pleasure working with you.”

“There are those who have already cottoned onto what could be one of the biggest advances in Job placement. As an employer in the Social Media age I find it ground breaking.”

Arent you killing HR departments or you are working with them?

HR departments are definitely our partners in the process. Hiring Bounty represents a platform for them to access the best quality candidates, faster and at the lowest cost.

Hiring Bounty does represent a challenge to traditional recruiters, who in many cases have offered poor quality service to companies and candidates. Using a shot gun approach recruitment agents have tried to force poor fitting placements leading to mistrust and frustration. It is our belief that the crowd’s connections can do a far better job at pairing the perfect candidate with their dream job.

Are you only working in Africa?

We are based in South Africa, but have plans to launch globally in 2013.

We received some incubation from 42 Engine, but beyond this will start looking for VC in 2013.

Expand Hiring Bounty to multiple industries, beyond just IT and Marketing and into a number of international markets. Including Australasia, Europe and the Middle East.

Who else is on your team?

Our incubator 42 Engines has a unique structure where all business owners take a vested interest in each other’s businesses. So I am able to call on the support of other experienced entrepreneurs who can help solve some of Hiring Bounty’s business issues through drawing on past experience.

Challenges you have faced so far and how did you solve them?

Our biggest challenge to date has been keeping candidates moving through the interview process. Some clients have lengthy interview processes and since we only get paid on signing of a contact this means our payment can often be delayed. For some companies the delay is unavoidable as senior positions require candidates to undergo significant due diligence.

In other cases the challenge has been to educate clients on the importance of a decisive interview process, since a failure to move good candidate through the system quickly often ends in the most desirable of candidates accepting other jobs. By definition the best candidates will have options and a company which has a interview process that is too slow risks losing the perfect candidate.