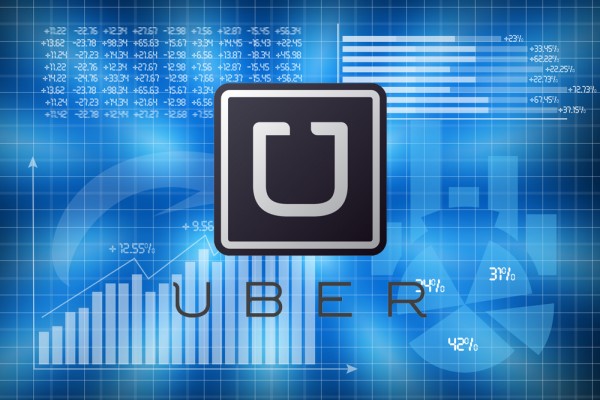 Uber isn’t some niche startup anymore. Due to impressive growth in the past few years, accompanied by headlines reveling in its successes and controversies, Uber has established itself as an innovative transportation service poised for further expansion in the future. In fact, one of Uber’s investors recently said the company could be worth more than $40 billion with an estimated annual growth of an astounding 800 percent. There’s little doubt Uber is on the cutting edge of helping connect passengers with drivers through mobile technology, and the popularity of the service has only grown with time, but Uber’s real worth could be even greater. Right now, Uber stand upon vast sums of big data. That data is certainly an integral part of their business model, but Uber is on the verge of using it for much more. As time goes on, Uber may very well be known as a big data company as much as a transportation service, and some are worried that might be taking things too far.

The discussion mainly started on the heels of Uber’s announcement that it was partnering with Starwood Hotels & Resorts as a way for Starwood preferred guests to earn points for free stays and other specialized perks. As simple and typical as this might sound on the surface, Uber users who agreed to the conditions would need to allow Uber to send all of their personal data to Starwood. And let’s just say that Uber has a lot of data on their hands. The data compiled on individual users on each trip is not only substantial, it’s incredibly valuable. This is the reason many view Uber as a company that specializes in big data. Having information on where people go, when they travel, and how they travel is vital to Uber and virtually any other marketer out there.

Imagine a situation where Uber (with the customer’s agreement, of course) starts selling the data of passengers to marketers. Suddenly, companies of all types and sizes have a wealth of information about individuals, which can help them tailor their marketing in customized ways. This type of data selling is certainly not a new phenomenon; major companies like Google, Facebook, and Visa make plenty of money doing it already. From this data, third parties can create a profile of each potential customer, and those profiles can be impressively, almost disturbingly, accurate. By selling this data to other parties, Uber could substantially contribute to its overall revenue, turning it from solely a transportation service to a full-fledged big data company.

This use and sharing of personal data, however, has obviously lead to concerns over security and privacy. While none of this data could be shared without an agreement from Uber users, many people don’t even bother to read a company’s privacy policy. And as has been reported before, Uber’s policy is surprisingly broad, with the company stating data from users would largely be used to improve the company’s services but admitting it could be used for other purposes. Even if Uber were to make strides in protecting the data they collect on Uber drivers and passengers, if third parties don’t have the same security features, data could be put at risk. Perhaps most worrying is that the more personal the data, the bigger danger it poses should the data be stolen by cyber criminals, and few things are more personal than knowing where someone is at all times.

That’s not to say that all the data Uber collects would be sent to other companies and marketers. Uber has already announced its intentions to provide big data to local municipalities to solve a variety of problems often encountered in cities. Considering the data Uber has on traffic patterns and the like, cities could use it as a way to enhance traffic planning, reduce congestion, and improve air quality. In other words, there are numerous big data use cases that Uber’s data can be used for, which makes their transformation into a big data company all the more understandable and expected.

Uber has courted its fair share of backlash in its collection and sharing of big data, but that likely won’t impede its growth anytime soon. Where Uber can gain more positive publicity is to ensure that data is protected and to be transparent in how it plans to use that data. Whatever the company plans to do in the future, it’s clear its future is tied closely with big data. As Uber becomes more widespread, the data they collect will grow with it, leading to fascinating new opportunities for the company, their customers, and their partners.